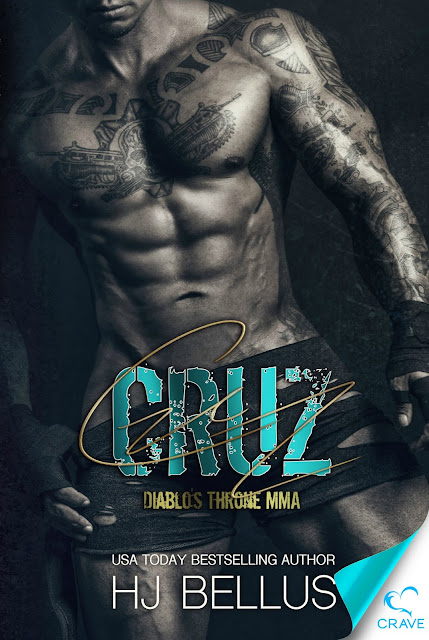 She hates fighting. He lives for it.

Layla’s vicious past drove her away from her hometown. She couldn’t live with all the reminders surrounding her, so she ran.

Cruz Felix found a new home. A place where he could get his head on straight, train, and fight match after match toward the end goal: the championship in Las Vegas. It’s the one thing in his life he wants more than anything, and it’s all in the name of his deceased father.

The attraction is immediate, even though both of them are drowning in their own misery and secrets.

The thing about secrets are they always find a way out the darkness and have the power to destroy.

Will their connection be worth fighting for? 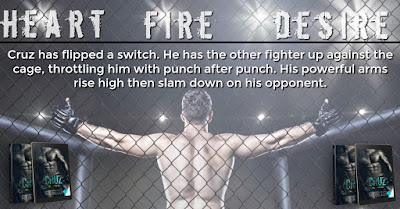 Great start to a new series by HJB. I have read her before and have enjoyed her writing styles , love her cowboys , her townies and now have fallen for her fighters !! Layla and Cruz both have some pretty big secrets haunting them. Layla has come back home and immediately falls into the arms of Cruz. She is heartbroken and devastated and regardless of who her dad is Cruz attempts to swoop in and be her strength. Of course he is her dad's new fighter and we all know how dads feel about daughters so this could get pretty messy. The family business doesn't allow for Layla to escape Cruz so why not give into the attraction because it is HOT HOT HOT. Of course because this is a story nothing is cut and dry. Layla's ex is everywhere she looks and his temper is NOT one to be messed with. Her mother left her when she was a kid and now all of a sudden she comes around. It seems she isn't safe and of course Cruz would mess up everything to protect her because  they fell fast. There is some graphic violence in here not just from the fighting aspect but also due to some abuse. There is heartache and redemption and although at times it seems to be hopeless we do get some happiness. I look forward to what comes next in the series because lets face it - sweaty hot fighters !!!!!!! 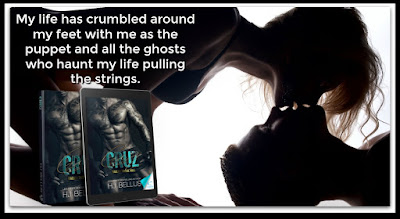 HJ Bellus is a small town girl who loves the art of storytelling. When not making readers laugh or cry, she's a part-time livestock wrangler that can be found in the middle of Idaho, shotgunning a beer while listening to some Miranda Lambert on her Beats and rocking out in her boots. 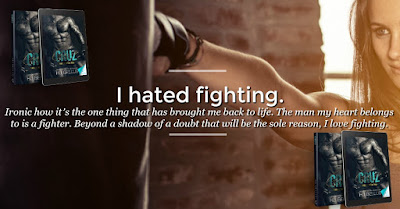 Posted by We Stole Your Book Boyfriend at 6:40 PM

westoleyourbookboyfriend@gmail.com
We accept and read all requests for promo postings and reviews. Please feel free to contact us for anything book related !!

We Stole Your Book Boyfriend

We will meet one day soon !! 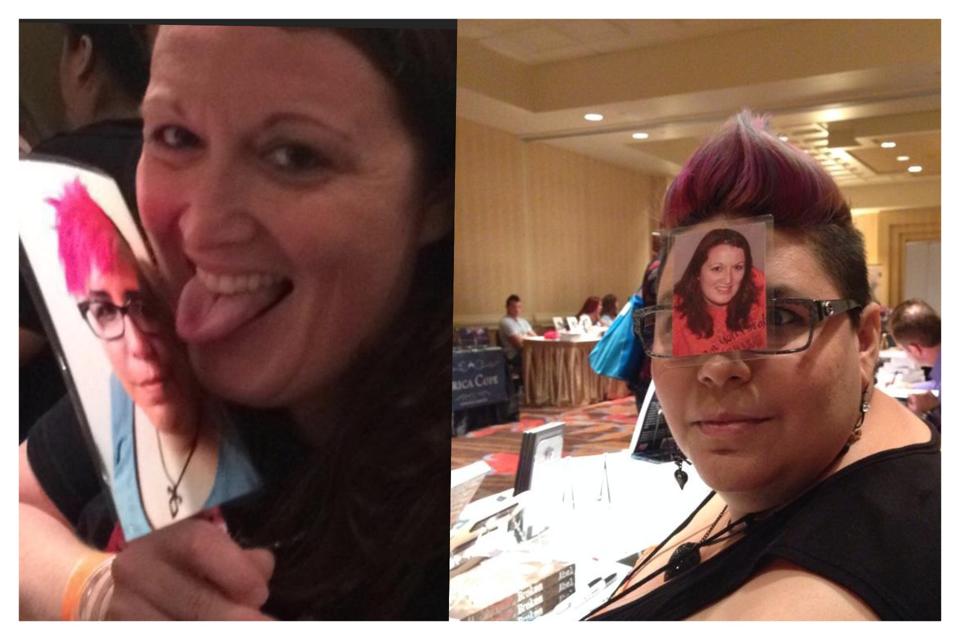 Hey there! I'm Maegan and I am also a book whore... Seriously, I'm pretty sure I should be in some sort of rehab for this. Book Whore's Anonymous or something! I have a huge list of book boyfriends and it seems I find a new one every time I read. (Which, unfortunately, isn't very often anymore.) Amie and I have a great time running this blog, hosting tours, generally getting to know the readers, authors, and promoters in the industry. A little about me, hmm... let's see. Well, I was a huge reader. From childhood, I loved the escape of reading. Being the middle of three kids, I was always the quiet one. While my older brother and younger sister fought for attention, I curled up in my room with a book. After high school, I fell out of reading as much. Life just became different, as it does for all of us. Then I went to college in my mid-twenties and who had time to read anything but school texts between classes and two jobs. I was also an assistant Girl Scout leader for my young cousins troop. The leader had been telling me for months that I needed to read Twilight. There was so much hype surrounding those books (The first movie had just come out on DVD at the time) and I refused over and over. Finally, we were at camp one weekend and it was the first time that the girls were officially in charge of everything. From rotating teams in the kitchen to clean up, the girls did it all and we were bored out of our minds. Finally, a van full of us went into the nearest town and raided a Wal Mart for books and cards to play games. The leader talked me into buying Twilight. I started it that afternoon and couldn't put it down. I stayed up til lights out and could barely sleep because I wanted to keep reading. The best part was, the girls were so excited. They were all running up to me all day asking me what part I was at. Their excitement fueled my own. That is what got me excited about reading again. The story was good, I enjoyed it, but the passion for reading was really brought back through the eyes of sixteen twelve-year-olds who loved sharing something they enjoyed with me. Maybe that's why I love sharing what I enjoy now! 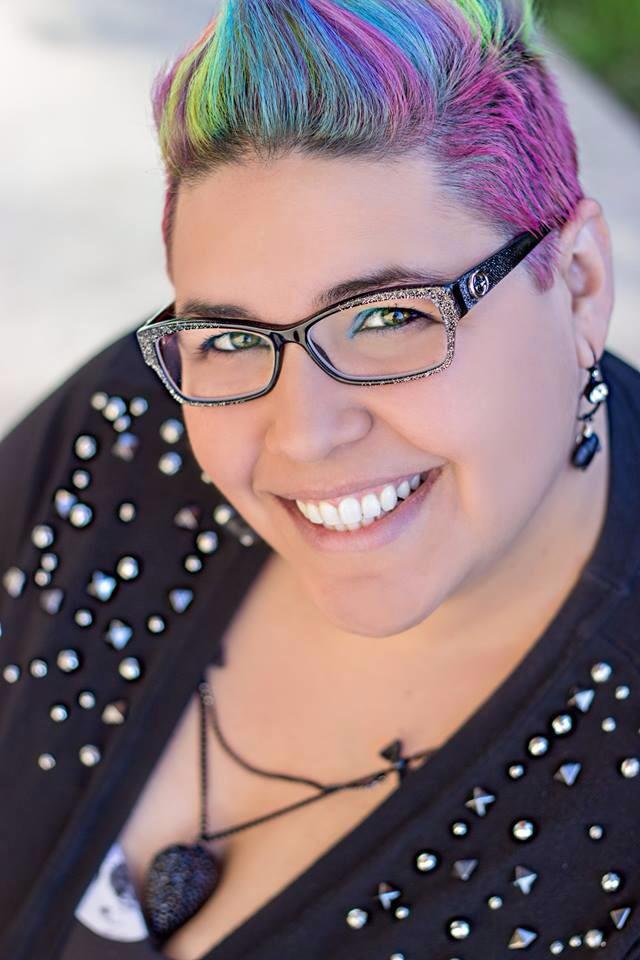 Hi there , My name is Amie and I am a book whore through and through !! My list of book boyfriends is miles long and I really hate to share any of them but I will !! I am a stay home mom , 2 beautiful daughters and a loving tattooed hubby who drives me crazy !! I am loving this blog thing and of course I am so happy to be meeting all these fabulous authors and bloggers. I was never a big fan of reading , most of what I read was in school , then in my early 20's I started reading books about the bands I listened to and eventually a few friends broke me down and made me read Twilight !! I fell in love and after months of reading and re-reading the series I opened up to other options and now read daily and would probably go crazy if I did not have a list of books to read each week !! Thanks for checking out our blog !! 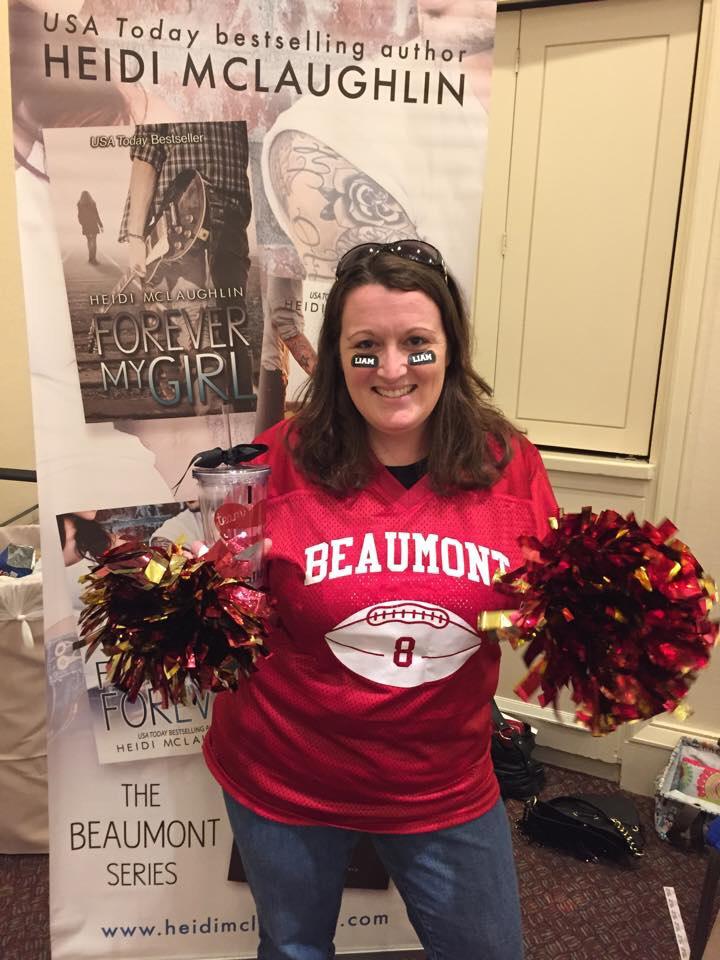 WENDY -
Hi I’m Wendy and I’m from NJ. Reading is one of my favorite things to do. I will read anything as long as the blurb grabs my attention and the story is good. I have always been a reader since I got my first library card. I did stop when I was older because of school but was finally able to get back into it a couple of years ago. Now I just can’t stop and I am completely happy to be a book whore smile emoticon I love being a part of this blog-everyone is so nice and I have made really great friends.
AMY -
My name is Amy W., and I am a book addict. I will never forget the day I came home from junior high school to find my mom waiting for me with one of the Harlequin novels from my stash. As she was gearing up for the “you shouldn’t be reading this” lecture, I told her the characters get married in the end. I’m just glad she didn’t find the Bertrice Small book hidden in my closet. I have diverse reading tastes, evident by the wide array of genres on my Kindle. As I made the transition to an e-reader, I found myself worrying that something could happen to it. As a result, I am now the proud owner of four Kindles — all different kinds, but plenty of back-ups!Fifty Shades of Grey gets high marks on my favorites list — not for character development or dialogue (definitely not!), but because it blazed new ground for those of us who believe provocative fiction is more than just an explicit cover. Sylvia Day, Lexi Blake and Alexx Andria are some of my favorite authors. Speaking of diverse tastes, I also enjoy Christine Feehan, Iris Johansen and J.A. Konrath. Give me something with a well-defined storyline, add some suspense (or spice), and I am a happy reader. Give me a happily ever after, and I am downright giddy.
SHERI -
My name is Sheri from New Orleans and I will reading anything that has a HEA (I don't do well with sad endings), a macho Alpha Male or something with a strong female lead. I go absolutely crazy for any type of book that involves a MC (being a biker's wife its a lifestyle I kinda understand) or anything that deals with emotionally broken characters. I got into the reading game kinda late in life. I couldn't stand to read when I was younger but now I rather read a book than watch tv. I love being a part of this fine group of ladies and only wish we were all in the same city.
JILL -
I started reading at a ridiculously early age and have never really stopped. Growing up, I of course complained about the required reading but secretly loved the happily ever afters as opposed to the tragedies. While everyone else was blowing off the Lit classes in high school I looked forward to them. Then the real world stepped in and reading was not so fun anymore between work/school/family obligations it fell by the wayside. My wonderful "techie" hubby bought me the first generation Sony e-reader for Christmas one year and the rest is pretty much history. I have gone through three Sony e-readers and two kindles since then and read books from every genre under the sun. I am the only girl in a house full of boys that know undoubtedly that all women (including me) should be treated like a princess. It still makes me laugh that my love affair with books started with Frog and Toad not 50 shades.
Cassandra -
My name is Cassandra, and I am a book whore from the San Francisco Bay Area. Over the years, I have enjoyed most genres of fiction, but now I mainly stick to the many subgenres of romance. I’m a sucker for a hot book boyfriend and a happily ever after. I like writing reviews to help readers decide if a book is a good fit for them, and I love supporting the many wonderful authors out there. One of the things I love most about reviewing for We Stole Your Book Boyfriend, is finding brand new authors. There is something undeniably exciting about writing a review on someone’s debut novel, and feeling like I am somehow a small part of their entry into the literary world. 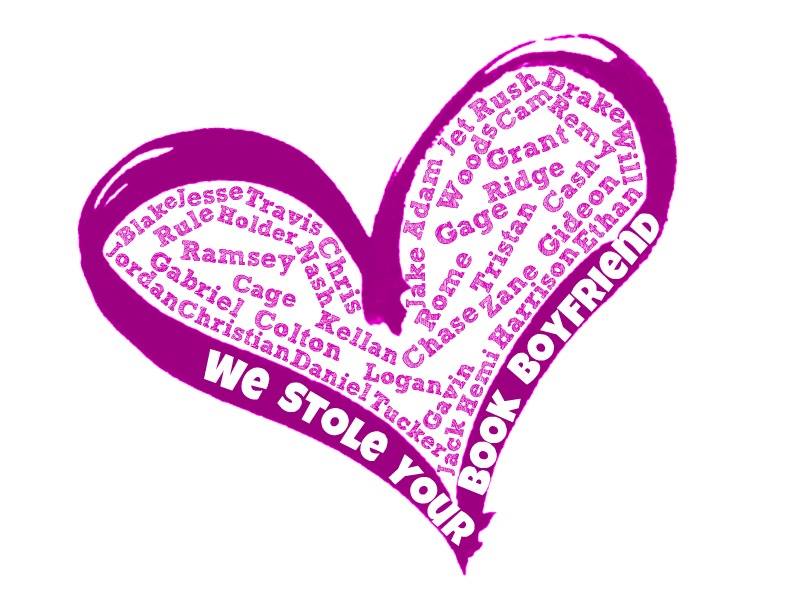 More Than Words Promotions and PR

The Next Step PR

Once Upon An Alpha